Initially it was planned as version 5.5.1, but as there are plenty of new features a “0.+1.0” Release is more than worthy.

and here the Details:

Microsegmentation enables a stateful distributed firewall which is natively integrated in AHV and Prism Central, and allows to: 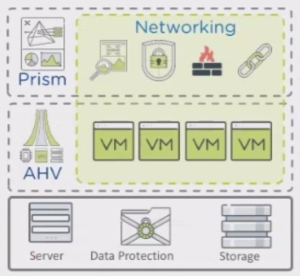 The Nutanix v3 API is based on an “intentful API” philosophy. According to the intentful API philosophy the machine should handle the programming instead of the user enabling the datacenter administrator able to focus on the other tasks. You need to specify the end state of an entity and the system will compile and execute a series of steps to achieve the defined end state of the entity. The progress to achieve the desired state is tracked through waits and events.

You can find the details of the v3 API here: http://developer.nutanix.com/reference/prism_central/v3/

AOS and AHV now support up to 80 TB of storage per node (yes, per node!). Use cases for this storage capacity include Acropolis File Services, back up, and cluster capacity expansion.

A traditional Nutanix cluster requires a minimum of three nodes, but Nutanix now offers the option of a two-node cluster for small implementations that require a lower cost yet high resiliency option. A two-node cluster can still provide many of the resiliency features of a three-node cluster by adding an external Witness VM in a separate failure domain to the configuration.

AFS now supports the NFSv4 protocol. It enables you to manage a collection of NFS exports distributed across multiple file server VMs.  With NFS, users can now use Linux and UNIX clients with AFS. This feature is also hypervisor agnostic. AFS supports two types of NFS exports:

AFS supports an API that allows third-party developers to implement backup server change file tracking. When a third-party backup solution is enabled, the API allows the application to record and collect information about any changes to the files in each snapshot sent to the backup server, thus providing a log of all file changes across snapshots. 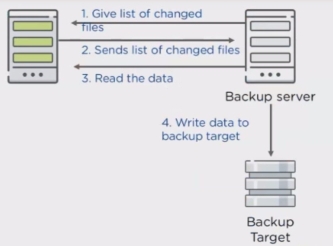 AFS also allows third-party developers to implement file activity monitoring in their applications. The API allows an application to collect information about every action on each file in a file server and supports two use cases: